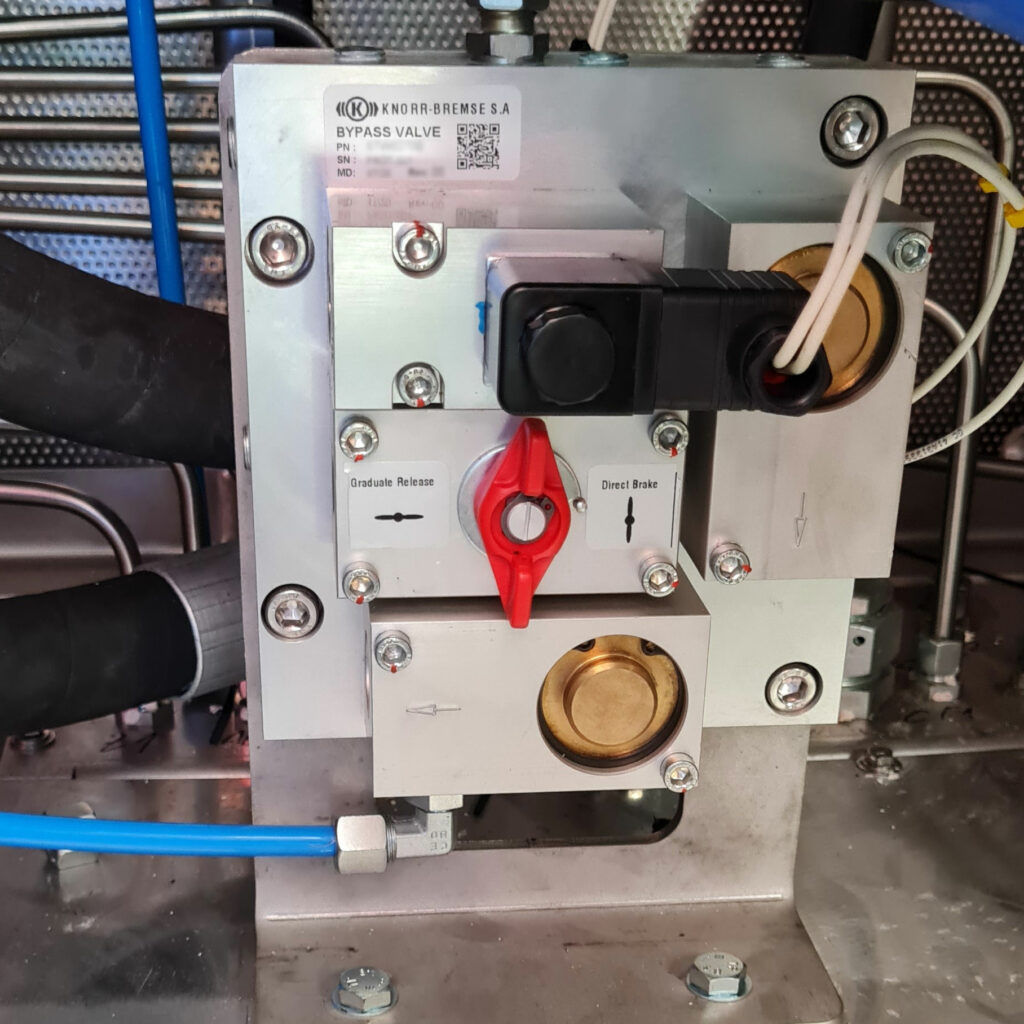 The Euro 4000 locomotives have been a welcome addition to the already extensive locomotive leasing fleet offered by Traxtion. Six out of a total of seven have been dispatched to Calabash Freight Limited for service between Zambia and Tanzania.

However, before entering service a few modifications were required to ensure not only the optimal performance of the locomotives, but also, that they meet the requirements in terms of safety and certification, specifically the braking system. Having originally been manufactured to operate passenger services, these locomotives were equipped with Knorr-Bremse UIC style air and vacuum brake control to operate passenger coaches.

UIC graduated release air brakes are used on passenger rolling stock in Europe and also in South Africa on the Blue train as well as the Gautrain. This standard of brake system is therefore not compatible for safe operation of AAR direct release air brakes, which is the standard used in Southern African Railways for freight wagons.

In order to use the locomotives for freight and meet the AAR requirements, the driver control interface was modified to prohibit graduated brake pipe release manipulation. The local South African team from Knorr-Bremse with the assistance of Knorr-Bremse Spain, designed a bypass module, which enables the existing brake control to be switched between graduate release (UIC), for when vacuum coaches are in use, and direct release (AAR), for when AAR wagons are in use.

The completed modifications ensures that the Traxtion Euro 4000 fleet can now be safely deployed for both UIC passenger and AAR freight operations.