With current projects operating successfully in South Africa and across Africa the rail freight company is assessing its options for raising significant capital in advance of the introduction of structural reform in South Africa to ensure that a meaningful number of trainsets are introduced into the country.

James Holley, Traxtion CEO, says his company’s successful operations on the 1860-kilometre TAZARA railway line through the Calabash JV is proof not only that the South African Government is on the right track with its rail reform agenda, but also that Traxtion is set up perfectly to upscale its operations for the much larger South African freight opportunity.

A communique issued by the Tanzania-Zambia Rail Authority said the addition of 262 140 metric tons moved by Calabash Freight has increased the volume of rail freight by 26.6% from the previous financial year. This, the authority said, resulted in a significant increase in revenue from both freight and access fees paid. 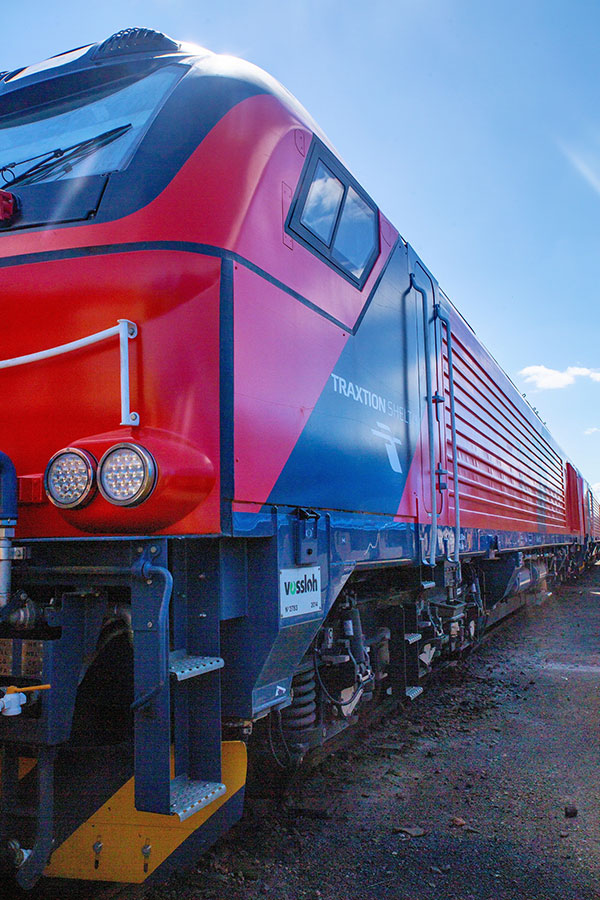 The company has 34 years of operational excellence; is the only ISO9001:2015 certified rail operator in Africa; is an existing Railway Safety Regulator (RSR) permit holder with decades of class leading RSR compliance history; is an industry safety performance leader and has a safety, compliance and internal audit division focussed on constantly improving.

“Our client base includes a high percentage of South Africa’s major freight owners. Our name already inspires confidence in the quality of our services.

“We have a regional presence with boots on the ground in seven African countries, bringing confidence back to rail for the benefit of our customers,” he says.

Traxtion also boasts a state-of-the-art workshop complex in Rosslyn, Pretoria, capable of servicing a fleet of more than 300 locomotives. Part of the complex is also a massive parts inventory pool and supply chain division supplying critical spares and consumables throughout Africa.

The complex is also home to Traxtion’s Rail School where the company takes in semi-skilled artisans from the local community and trains them to the highest technical qualification in Africa.

“We have an unparalleled skills pool that is constantly fed and enhanced by our TETA and QCTO certified in-house rail school. This means we have state-of-the-art assets together with technicians who are skilled in maintaining those assets and drivers, also trained in-house, to operate them. The shortage of highly skilled individuals is one of the greatest challenges we face as an industry and we had no choice 18 years ago but to solve this problem with the formation of our Rail School,” Holley says.

Traxtion also continues to innovate and improve the processes that guide its operations and maintain standards to the highest levels available regionally and to meet the rigid safety standards set by the South African Rail Safety Regulator.

“Our Safety, Compliance and Internal Audit Division means Traxtion has for decades consistently held a five-star safety rating. There is a misconception in South Africa that rail regulation is weak. That is not the case at all. We have world class, and extremely strict regulation, and genuine compliance is onerous,” says Holley.

“The Government’s structural reform agenda represents a rare opportunity for the private sector to leverage massive investment in train sets to unlock one of the biggest structural impediment to growth in our economy – train capacity.

“In SA we have massive network capacity with a track network equivalent to that of Germany. At the same time Transnet benefits through an important new income stream in the form of track access fees. At Traxtion we are gearing up and getting ready to invest. Now is the time to be at the frontier, to get ready for growth. There is great growth potential here.”